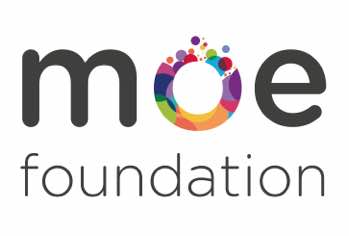 A Home Away From Home

“We had a different background. I always felt different – like we knew about a bigger world.  When you spoke to people in Bakersfield, you were met often with incomprehension.  They really didn’t get it. There is something about being someone like me, where none of it is obvious.  If we don’t have a conversation, you’d never know. So you have to know me.”

“I feel I spend a lot of my work trying to explain my life and get people to pay attention to its details.  You can look at my life in a superficial way which is the tip of the iceberg.  You can say, oh, she’s just this girl from California, went to Berkeley, it’s all fine. But when you start picking it apart, nobody’s life is really like that.”

The Possibility of Lions is a story about loss, love and the difficulty of finding a home in a changing world.  The fictional book speaks about an American family, the McCall family, and they’ve always lived in Nigeria.  The Biafra civil war comes in 1967 and they have to flee Nigeria as refugees and return to the United States, where they returned to a small town in San Joaquin Valley, California.

It’s also partly difficult because they don’t look like refugees. People who did not know where Nigeria is, found it very difficult to understand that this family, which seems so ordinary has been living in Nigeria for years.  Everyone assumes they must be delighted to be back in their own country.  This story is about difficult adjustments. Life in the States is safe, but for the McCall family, the most unlikely of refugees, it is also foreign. They dreamed of the day they would return to their real home in Africa.

Marta’s personal story is quite close to her fictional book “We literally walked out of our house with one suitcase. We left everything in there and we never saw any of our stuff or anything else again. We never went back. Marta who could be described as a Caucasian refugee in California shares an interesting insight; “People don’t realize, refugees just want is to go home”

The discussion notes Marta produces enables people to have conversations about what it could be like if you didn’t look like a refugee and  had an authentic experience that no one else understood.

Success for her entails   creating things that are surprising,  meaningful and  connecting with the readership.   If it delivers, someone feel something. “That’s true, both in my creative work and in my sort of more commercial work.”

She is the author of three novels, “The Possibility of Lions“, “The Merchants Of Light” “And The Bear Suits“. Her short fiction, nonfiction, and poetry have appeared in publications, included ” Boom! A Journal of California“, “The Mantle“, “The Harvard Review” and “The Anthology Inspired Journeys, Travel Writers In Search Of The Muse“. She’s been awarded artists residencies at the “Eastern Frontier Educational Foundation at Norton Island and Yaddo. She serves on the Editorial Board of the Literacy publisher, Open Door for Adult Literacy. All books have been made into audio books.  This helps to break through the confusion or the difficulty people have with reading.